HomeNewsTechnologyWhy is Python so well-suited to Big Data?

Why is Python so well-suited to Big Data? 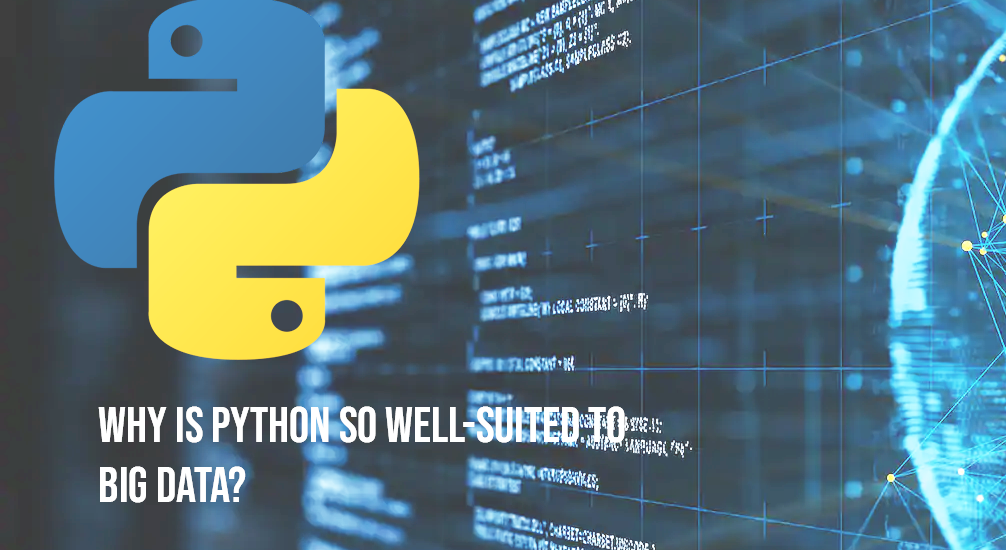 Python is a computer language that may be used for a variety of purposes. If you look at any study of popular programming languages over the previous few years, Python is constantly at the top of the list and you can Learn programming languages online via spoken tutorial from IIT Bombay, through the codexiar platform. Register yourself now and learn for free. Python’s simplicity may persuade those who dislike programming to reconsider. The majority of job postings include Python somewhere in the job description. Let’s take a look at what makes Python so unique in this decade and beyond. Regardless of their qualifications, jobs, or experience, candidates and enterprises upskill or reskill in Python. Python is, without a doubt, a fairly simple language to master. Scope of python cannot be neglected, learn it now through online tutorial on codexiar.

Python may be found in many places.

Python has become a hot subject of debate in town as a result of its extensive adoption across various industrial sectors. According to Stack Overflow Trends, Python is the most popular programming language.

What makes Python such a good Big Data programming language?

The novel combo of Python and Big Data is now conquering the industry. Python is a popular programming language among Big Data organizations. In this article, we’ll go through the main advantages of utilizing Python and why Python for big data is now a popular choice among enterprises.

The nested structure in Python programming is based on indentation. Longer jobs can be completed in a short amount of time via the language. You can compute data on commodity devices, laptops, clouds, and desktops since data processing has no limitations. Previously, Python was thought to be a slower language than Java and Scala, however, this is no longer the case. The introduction of the Anaconda platform has given the language a significant boost in performance. Python for big data has become one of the most popular solutions in the market as a result of this. You may also employ a Python developer to help you put these Python advantages to work in your company. Learn python online on codexiar and collect certificate.

Python programming allows you to use a variety of libraries. As a result, it is a well-known programming language in domains such as scientific computing. Python and Big Data work well together because Big Data requires a lot of data analysis and scientific computing. Python comes with a variety of tried-and-true analytics libraries. Packages like, for example, are included in these libraries.

The use of visualization

Big data platforms Python and Hadoop are both open-source. Python is more compatible with Hadoop than other programming languages because of this. These Python functionalities can be implemented in your company. You’ll need to engage Python developers from a reputable Python development firm to do this.

Python is regarded as one of the most popular languages for software development due to its speed and efficiency. Python is a good choice for large data since it speeds up the programming. Python programming encourages prototyping, which aids in the speed of code execution. Python also maintains openness between the code and the process while doing so. Python programming aids in the maintenance of code by making it more readable and clear.

Python helps users to make data processing easier. Python enables sophisticated data structures since it is an object-oriented language. Python maintains a variety of data structures, including lists, sets, tuples, dictionaries, and many others. Python also aids in the support of scientific computing tasks such as matrix operations, data frames, and so on. Python’s fantastic features assist to expand the language’s breadth, allowing it to perform data operations faster. Python and Big Data are a lethal combo because of this.

Python includes a built-in capability that allows it to enable data processing. This capability may be used to help data processing for unstructured and unusual data. This is why big data firms use Python since it is regarded as one of the most significant needs in the field. So, employ offshore Python programmers to get the benefits of Python in your company.

These are some of the advantages of Python. So, by now, you should have a good notion of why Python is the ideal match for large data. Python is a simple, open-source programming language with a fast execution speed and extensive library support. With the widespread usage of big data technologies, addressing the demands of this business is undoubtedly a difficult issue. Register yourself on codexiar and study python online. Python, on the other hand, has shown to be an excellent choice for Big Data due to its numerous advantages. Python may also be used in your business to benefit from its features.

how can we help you?

Contact us at the Consulting WP office nearest to you or submit a business inquiry online.